Two Years of Pins and Needles

This was a really interesting case, demonstrating the importance of turning over every stone.

Before seeing the chiropractor

Mr E presented with a two year history of pins and needles (paraesthesias) and tightness affecting both of his big toes.

Mr E had been to his GP several times. Correctly, his GP had done a range of blood tests to rule out systemic causes of Mr E’s symptoms, for example vitamin B12 deficiency or hypothyroidism.

After several repeated blood tests, Mr E’s GP stated that there was nothing that could be done.

Mr E then took it upon himself to visit a podiatrist, following the logic that as “foot-specialists” this was the best place to go next. This was a smart move by Mr E.

The podiatrist examined Mr E and said that mechanically his feet were in good condition. The podiatrist also assessed the function of the small nerves and small blood vessels in Mr E’s feet, finding no abnormalities.

At this point the podiatrist said that Mr E’s feet were not the problem and he suspected Mr E had a problem with his back. So the podiatrist referred Mr E to Worcester Chiropractic Clinic.

As always, we start Mr E’s initial consultation with a medical history. This is unremarkable, Mr E is in his 60s and is in fantastic health. He has no previous injuries, illnesses or surgeries and comes from a very healthy family who typically live well into their 90s.

I am asking Mr E at length about things that could indicate he is predisposed or experiencing neurological or vascular problems, such as alcohol consumption, smoking, reflux, energy levels and tolerance to cold. But nothing is coming up.

Mr E is physically active, but he does drive a lot; around 40k miles per year.

Case history follows, and is where we delve into the details of Mr E’s symptoms. He has mild back ache, but this has only come on in the last 2 months. His symptoms affect him every day, although some days are worse than others. He is unsure what causes symptoms to fluctuate.

Initially, despite Mr E saying he has been thoroughly tested, my thoughts are that this is either a systemic neurological problem or a vascular problem, but probably not a chiropractic case.

We move on to examination and start by assessing Mr E’s cardiovascular health. I take blood pressure, listen for any unusual rhythm or murmur from his heart, listen for sounds coming from his aorta (the main artery leaving his heart) and assess how well blood is reaching his feet. I am also looking for any swelling or trophic changes, that could indicate a vascular problem. All is normal.

Next, I do a neurological examination. I check Mr E’s balance under several levels of stress. I check for pathological reflexes (signs that occur if certain parts of the brain or spinal cord are diseased), and check strength, sensation and responsiveness of Mr E’s limbs. All is, again, normal.

As an extension to neurological exam, I conduct tests that will be provocative if Mr E has irritated but normally-functioning nerves. Nothing is provocative.

After all neurological, vascular and spinal tests came back negative, the next step is to look at the joints and muscles in Mr E’s foot and lower leg.

I check his toe joints, since this is where his symptoms are located, but there are no abnormalities here. The same can be said for all the joints in his foot and ankle; it has to be said, he’s in good nick!

The last things that I check are the muscle around Mr E’s foot and lower leg.

Bingo! Palpation of a muscle at the front of Mr E’s shins (tibialis anterior) reproduces his symptoms.

Muscles that are contracting all of the time can develop what are know as trigger points. Trigger points are areas of muscle that are permanently switched on, never getting any rest. They are known to radiate pain and strange sensations. And if we look at the diagram for tibialis anterior trigger points, we see that they correspond very nicely with Mr E’s symptoms.

A few sessions of manual therapy aimed at releasing these trigger points and Mr E reports being 80% improved. I have no reason to expect he won’t experience complete relief in another session or two.

So if trigger points so easily explain Mr E’s symptoms, why didn’t I check these first and save a lot of time?

This is a trap that catches out even experienced practitioners. To be entirely confident in our diagnosis, we needed to be able to exclude everything that could cause Mr E’s symptoms, not just to find something that reproduces them.

Excluding causes is incredibly important, especially when some of those causes could turn out to be serious – aortic aneurysm for instance in this case. Before treating a person, we need to be as sure as can be that treatment is going to be effective, but also that it is appropriate to treat a person and we are not delaying more essential treatment.

This is one of the best things about being a chiropractor. Our training allows us to act as primary diagnosticians, which means that anybody can present to us with any symptoms and we are in a position to be able examine them for whatever it is that is causing their symptoms. We can then either treat or refer to another specialist as appropriate.

This emphasis on diagnostics certainly keeps the job interesting!

- Back to Case Studies Articles - 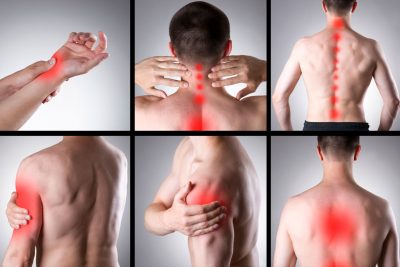