Since 1986 Worcester Chiropractic Clinic have been helping the people of Worcestershire with all manner of neuromusculoskeletal health problems.

The clinic was founded by chiropractor Dr Ewen Merry, but its history goes back even further than that. Dr Merry founded Worcester Chiropractic Clinic by purchasing a patient list from a chiropractor in Malvern, Mr Ken Correll.

Rapid expansion meant Ewen hired an associate chiropractor in 1991, however it wasn’t until three years later that the right chiropractor was found.

Dr Geoff Long joined the clinic in 1994 having worked in clinics in Birmingham and Gloucester since qualifying from the Anglo-European College of Chiropractic.

Geoff shared the commitment to evidence-based, patient centred care that had served Worcester Chiropractic Clinic so well in our first eight years.

The 1990s saw changes that affected the whole chiropractic profession, not just us at the clinic. 1994 was the year in which that General Chiropractic Council was formed.

The General Chiropractic Council provide statutory regulation for all chiropractors and formalised standards of practice across the UK.

Some patients may remember that we used to take x-rays at Worcester Chiropractic Clinic, using our own in-house machine. Chiropractors are still trained to take and read x-rays and scans but, while imaging can be useful, guidelines on the use of x-rays changed in the year 2000.

Subsequently, our x-ray machine was sold and now we refer people externally for imaging where necessary. This usually takes only a matter of days and so does not provide an obstacle to patient care.

For a time we worked with local GP surgeries, making chiropractic treatment available on the NHS in Worcestershire. Changes to the way in which services are commissioned has meant that we no longer offer NHS treatment and are now concentrating on providing the best private service possible. 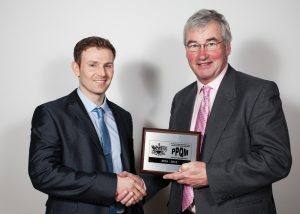 Geoff and Ewen continued to build Worcester Chiropractic Clinic until Ewen decided to decrease his hours and move to Devon with his partner. And so, in 2013 Dr David Cooper purchased the clinic from Ewen.

In the same year, David employed chiropractor Dr Leon Yandle. Leon stayed with at the clinic until 2017 when he left to pursue a career studying and teaching neurology at the University of South Wales.

In his stead, Dr Beth Rawlings joined the clinic, fortunate timing as she had just left her job in Bournemouth to move closer to her family in Gloucestershire.

In 2015 the clinic gained an award from the Royal College of Chiropractors marking excellence in patient care.

With demand for chiropractic services continuing to grow, Andy joined Worcester Chiropractic Clinic in late 2019. The timing of this was particularly fortunate because both David and Geoff were off work for an extended period due to an Achilles rupture and hip surgery respectively, leaving Beth propping the clinic up all on her own!

Covid-19 struck hard with the first lockdown in March 2020. Chiropractic clinics were asked to re-open for emergency appointments after a month because of the building number of people with severe musculoskeletal problems.

2020 and 2021 saw more change than just that generated by The Pandemic. In July 2020 we opened another chiropractic clinic in Gloucester and in March 2021 Beth Rawlings became a partner in the business. 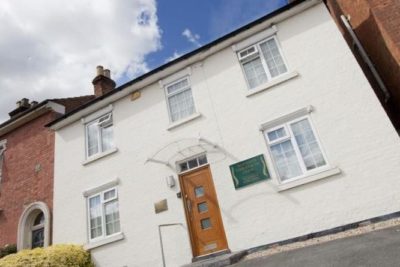